In 1968 a group of visionary parents sought to make Montessori education in Bloomington a reality. They were dedicated to the principles of Maria Montessori and saw a better future for both their children and the world in this opportunity. They raised money, found a location, and began their journey. By 1971 they had hired their first credentialed Montessori teacher. By 1973 they were a thriving school of 25 Early Childhood students and hired a second teacher, with a vision of expanding to serve 100 children. This growth would fuel the opening of a Lower Elementary classroom, for which many families were eager. This goal would require a new location, and a few years later a parcel of land was purchased and a school was designed. The subsequent new building was ready for occupancy in August of 1977.

In 1982, the program expanded to include Lower Elementary in a rented space in a nearby church. To help ensure that the elementary was sustained, discussion began about opening a second Early Childhood location and adding an all-day option.

To unite these different locations, plans were also underway to build our current facilities. The school acquired new land, built a new building and was ready to move in November of 1983.

The next expansion was to provide an Upper Elementary for our families, and in 1984 this next phase of Montessori education in Bloomington became a reality.

We celebrated our 50th anniversary as an organization in 2018. We have been a full member of the American Montessori Society since 1971 are in the final stages of completing full AMS accreditation. We are recognized as “Step 9” on the AMS pathways. We are meeting the capacity needs of our community. We are leaders in collaboration and advocacy through our partnership with the United Montessori Schools of Indiana. We continue our journey to improve, evolve, and serve the community through Montessori education for ages 3-12. 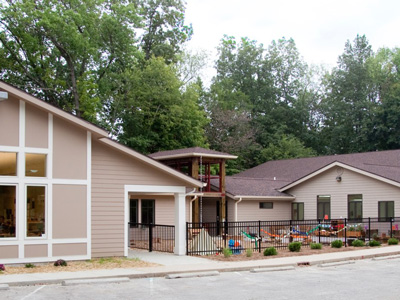